Ensoulment means exactly what it sounds like – the process whereby a human being receives his or her soul.

Depending on the time period and on the religion, there have been a number of different theories over the centuries about exactly when the soul enters the human body. The current Catholic teaching, which seems to have spread to other branches of Christianity, is that “The rational soul is present from the instant of conception” (Catholicism.org).

In Islam, the soul is said to enter the foetus after 120 days, after which time it is termed “a person”.  This is usually termed “delayed ensoulment”, as it doesn’t happen at the moment of conception. In Christianity, Saint Thomas Aquinas was also a proponent of delayed ensoulment, saying that it happened after 40 days for boys and 80 days for girls. Aquinas did, however, believe that even before ensoulment, abortion was always wrong as it violated natural law.

Catholic teaching has changed over the centuries though, tweaked by theological discussions and references to the nature of Jesus Christ and to certain passages in the Bible. The theology is quite tortuous and complex, but it seems to rest on the hint in some Bible verses that Jesus’ soul and body  were created at the same time, and because “Jesus is “like us in all respects except for sin,” then this is also true of all human beings, and we get our soul at the moment of conception too.

This dogma seems to have started out as a Catholic tradition, (“Catholic theologians in modern times have generally said that ensoulment happens at conception” - firstthingsfirst.com) and has since spread to elements of Evangelical Christianity. Whatever the basis for this belief and the background to it, it is now the dominant position for traditionalist Catholics and Protestant Evangelicals, especially in the United States.

The logic behind opposition to abortion is now clear – a human person is marked by his or her possession of a soul (actually called a “rational soul” by some theologians). Once any entity receives its soul, it is then by definition human. And if the soul enters the embryo at the moment of conception – the very second when sperm and egg fuse – then of course that embryo is a human person just the same as me sitting here typing, the kids next door laughing, the elderly man walking down the street. We all have souls, therefore we are all people.

And if we are people, it is murder to end any of our lives. Therefore abortion is murder as it is the ending of the life of something that has a soul.

All of this is perfectly fine; people have a right to believe what they want, and to change their minds, if they so wish. Most religions believe in some kind of spiritual essence that each human being possesses, but they differ on the nature of this essence, and on when humans receive the spirit.

But what they all have in common is that not one of them offers the slightest scrap of evidence for their beliefs or claims. Christianity tells us not only that human beings have a soul but that this soul enters the embryo at the moment of conception. And apart from appeal to certain Bible passages, there is not one scintilla of evidence or proof for either of these claims.

Never mind when ensoulment occurs, do human beings really have such a thing as a soul in the first place? What does it look like? Where does it reside? Does it change as we get older? What does it contain?

Christians cannot answer these questions, because the whole concept is simply an idea that people hold as an explanation for why humans and animals are different, for why humans are supposedly rational beings and animals are not. But evolutionary science and biology easily explains why we are so different, so much smarter and more capable of thought and language than our animal cousins. The soul is a concept that people are free to believe if they want, but which now explains nothing in the real world, and for which there is no evidence.

And so, is there any evidence for the idea that an embryo is ensouled at the moment of conception? Of course there isn’t. It is a topic of discussion among theologians and an accepted dogma, just as Limbo used to be an accepted dogma, before the Catholic Church jettisoned this idea a few years ago because it was losing converts to Islam.

What we are left with is a whole anti-abortion movement based almost exclusively on a centuries-old Christian dogma for which there is zero evidence. And this is why I haven’t been able to find any justification on No campaign websites for their claim that a two-week old embryo is a fully human person; this is because the only justification lies in an ancient religious dogma that has no basis in reality, and which will not be taken seriously by a twenty-first century populace that has access to other forms of information.

So instead of offering a defence of their position, they simply keep stating over and over and over again that the foetus is a baby, the embryo is a person, is a human being, hoping that no one will notice that all they are doing is repeating themselves and are not offering anything concrete to back up their extremely suspect claims. 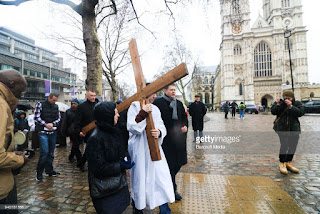 I am not sure how many of the actual present-day anti-abortion activists know about or believe in the doctrine of ensoulment. Most of them are motivated by religion in one form or another, and all of the anti-abortion groups in Ireland and the U.S. are connected to religion. I saw a small No march in my home town of Sligo on Saturday; they walked down the main street of the town carrying placards and were led by what looked like a friar in long robes and carrying a large cross. They then made their way to the Presbyterian Church in the town for what looked like a meeting or council.

There are anti-abortion atheists, but not many. The anti-abortion position is one that seeks to impose a religious doctrine – one that has no basis in fact and which is based on superstition, ignorance and fantasy – on the general population by making laws in line with this dogma. It is theocracy in action; an attempt by the old guard who used to run this country – who were allowed to run this country by the people who should have been doing it – to say that they are the righteous ones, they are our moral betters, that we should do as we are told. 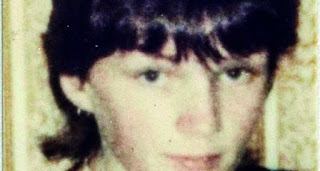 But these are the same people that gave us the Laundries, the Mother and Baby Homes, the nightmare of Sean Fortune and Ivan Payne, the Tuam babies, censorship and all of the other toxic elements that they injected into our society since Independence. They contributed to the death of Ann Lovett, they ruined countless lives with their adherence to nonsense dogma, their intolerance of dissent. They have no credibility.

I am voting Yes. Of course I am voting Yes. There is no other rational choice. The topic of abortion, of when we can call a foetus a human being and of what constitutes “humanness” is an incredibly complex, messy question. It needs to be debated seriously and respectfully, and a lot of factors need to be taken into consideration.

The anti-abortion side, though, does not want to deal with complexity. They want black-and-white. They do not want to engage in serious debate as they minds are already made up by their dogmatic positions, inherited from centuries and centuries of doctrine based on a fundamental ignorance of the nature of humanity. They want simplicity, they want to be told what to believe and then to believe this absolutely, without any reference to the facts.